(2013) AR MEHTA et al Imaging Psychogenic Movement Disorders Curr Neurol Neurosci Rep open access at Springerlink.com
"Possible neural networks involved in psychogenic movement disorders based on the latest advances from the neuroimaging literature.
There is an overly sensitive emotional network, possibly conditioned by previous learning experiences, that feeds into the extended motor network via the striatum. In the presence of abnormal self-directed attention, mediated by abnormal prefrontal cortical activation that is functionally disconnected from the core motor network, these changes drive the production of aberrant movements that are not yoked to a normal sense of self-agency. This is because of hypoactivity of the supplementary motor area that normally provides the ‘corollary discharge’ signal that informs the temporoparietal junction (TPJ) ‘comparator’ what to expect in terms of sensory feedback as a result of internally generated, as opposed to externally generated, movements.
As a consequence of the abnormal network activity, the movements are interpreted by patients as being involuntary." (Mehta et al, 2013) 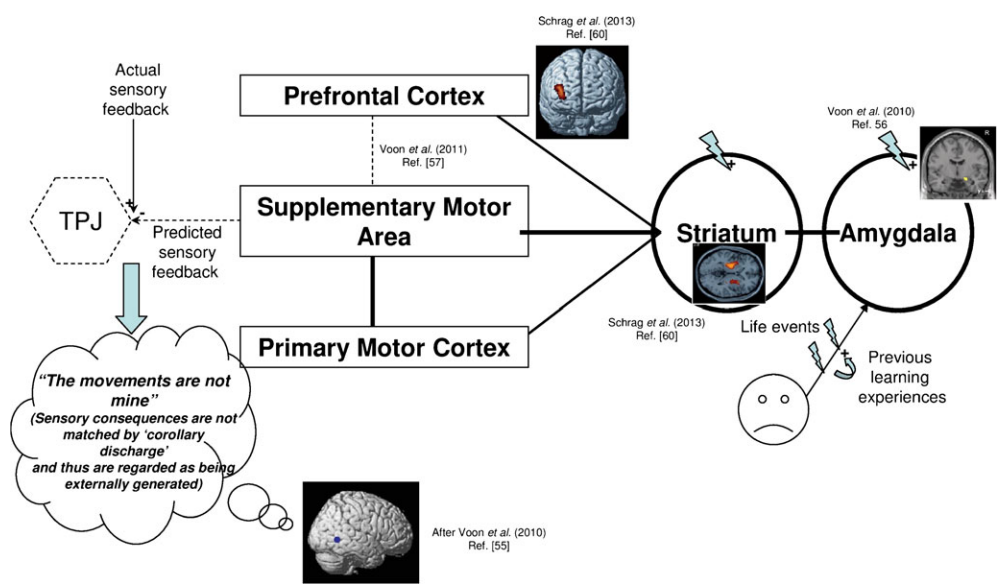 The Clinical Neurophysiology of Psychogenic Movement Disorders will be discussed during the 4th Session of the Journal Club, Second Edition on 17th of February 2014.